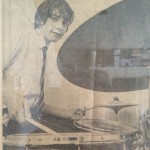 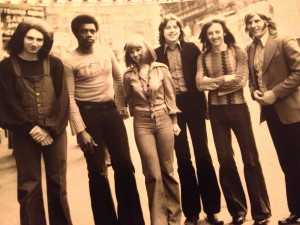 1972 Moved to London to join Gullivers People at the Shaftesbury Avenue club Tiffanys, now The Rain Forest Cafe. Here I started having my first experiences in the recording studios of London where I did mainly pop sessions meeting & playing with some of the famous names I had been listening to while still at school only a few years earlier.

1973 I joined the pop group The Brotherhood Of Man as their drummer/MD. This was the first European hit I played on, not a hit in the UK, & yes, the blond girl in Jasons Flock is the same girl that’s in The Brotherhood Of Man I had not done the arrangements these had been done by Colin Frechter a well known arranger on the scene at that time, but good experience for a young drummer travelling the country & being in control (sometimes) of the resident bands in the various clubs we played. The tall guy in the front wearing a helmet (in the Colin Frechter link) is Pip Williams later to become the producer of Status Quo 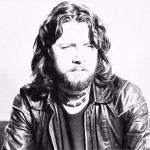 1974 Through to 1979 were years of musical progression for me. I moved firmly into the jazz and studio world. In 1976 I had been asked to join a new band called Turning Point. This band was led by Jeff Clyne one of Britain’s leading jazz bass players & Brian Miller pianist plus singer Pepi Lemer. Jazz gigs & sessions continued, Zoot Money, The Buggles, Cleo Laine, Johnny Hawksworth, Billy Ocean, Billy Conelly (2 months tour), Jesse Green, Colin Hodgkinson (Back Door) & countless other sessions (TV, radio etc) too many to remember!!!. The Spy Who Loved Me (1977 With Paul Buckmaster is one I do remember) I also did an album for Shusha with Paul Buckmaster & a couple of childrens TV shows Hit The Note & the iconic 70s show Play Away both featuring Jonathan Cohen pianist/MD. Also a 3 week cruise to the Caribbean with Ray Davies & The Button Down Brass. The hot summer of 76 my first TOTPs with Jesse Green.

Also in 1979 my 1st major U.S. tour with Sniff N The Tears, 3 months on the road in the states with a rock/pop group was a wonderful experience! DOL btw has recorded 2 albums for Paul Roberts (Sniff N The Tears) within the last 2 years. 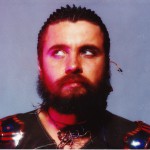 1984 I received a call from Martin Drew. Martin was the house drummer at Ronnie Scotts Club in London. He had started a two week engagement with Nina Simone (interview @ Ronnie’s) when he received a call from Oscar Peterson (one of Martins other gigs) so off he went booking me to complete the following 8 or 9 days, (courtesy of Ninas brother Sam Waymon). When the gig was over I thought that was it. How wrong can one be! That was actually the start of a gig & relationship that would dominate the next 19 years of my musical life! 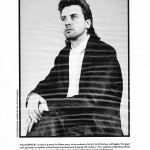 1986 Nina was still there + many more programming sessions were now happening. The computer & audio & sequencing packages were beginning to make their presence felt. I bought the drum machines and the computer and became heavily involved in this new way of working. Programming sessions for Michael Jackson, New Kids On The Block, Celine Dion, Michael Bolton, Mariah Carey & many others. TV shows with Ricky Skaggs, Whitney Houston, Smokey Robinson, Ray Parker Jnr & many more both playing & programming. That summer there was a short 6-week tour, (U.S. & Japan+ U.K.) with The Art Of Noise. Also an album with The Proclaimers, a trip to Japan in 1987 with Anne Pigalle (ZTT) & an album for The Kane Gang. Into the Late 80s more albums, more commercials, A Fish Called Wanda, She’s The Boss (film soundtrack Mick Jagger/Jerry Hall), The James Taylor Quartet, Six Was Nine & still Nina & various TV shows such as Come Dancing (long before Strictly!) & A Natalie Cole Special with Pete Wingfield. 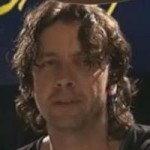 1990 Was the year I first met Van Morrison, A couple of albums with him & various live gigs followed. All this time ducking & diving between Van & Nina & various session commitments.

The Early 90s Were busy traveling the world with Nina, (the 3 Divas tour of Italy with Miriam Makeba and Odetta) a couple of sessions with Rod Stewart (for Trevor Horn) part of an album in L.A. with Nina and still all the other stuff, sessions & gigs in the U.K. continued, Circle Of Friends theme tune (for Trevor Horn) amongst them also a couple of film sessions with writer and arranger Mike Gibbs. One I do remember is Close My Eyes. Also some recording for Labi Siffre & a U.K. tour with Duanne Eddy (with Larry Knechtel on piano) & a very musically enjoyable UK tour with singer/songwriter/guitarist & greatly missed friend Isaac Guillory. Also an album for Don Rendell & Steve Waterman and an album with old friend & bass player Jim Richardson. 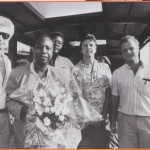 1995 Nina stopped working for 2 years, I continued all the regular stuff while at this time also writing quite a lot of library music for a couple of different companies. Also that year I performed for 3 nights at the Royal Albert Hall London with Judith Durham and the Seekers for their 25th Anniversary Tour. Judith Durham saw me play a gig with Nina in Australia and contacted me to do these London dates.  😎 Also in 1995 an interesting project called Kind Of Talking with Ben Craft a dancer & Pepi Lemer vocals. I composed the music and (Kind of) sang too! This music was as much to be seen as well as heard. We even recorded Ben doing a clog dance!

1997 Through to 99 back to work around the world with Nina, The Ben Elton Show for the BBC and also a 2 part series for Sky Television co-composing with Brian May. TV work such as French & Saunders, Londons Burning, Absolutely Fabulous, Monarch Of The Glen & other themes & incidental music sessions plus a short animated film by Linda McCartney for & with Paul McCartney.

2000 While keeping up the regular sessions & Nina (drum solo) also a return to a few jazz gigs around London with Mose Allison, Mick Hutton, Sarah Moule & Nicki Leighton-Thomas and Simon Wallace with the words of Fran Landesman & music of Simon Wallace.

Early In The New Millennium gigs also with Clare Teal, Val Doonican, Jimmy Ruffin, Mick Hutton, Lea DeLaria/Janette Mason, Mose Allison & others. Although I was not to know it, I was in the last phase of my career with Nina having done our final gig together after 18 years in Sopot, Poland 2002. In the following April of 2003 she died, leaving a large space in my life & career. So, to fill this gap I went into London’s West End (Theatre World). Andy Newmark rang me & gave me the opportunity to dep in his show The Lion King. Then on to Chicago + a couple of deps in other shows Privates On Parade, Anything Goes, Evita, Sweet Charity, A Chorus Line, Joseph & Fame.

2004 I did a gig at Carnegie Hall as a tribute to Nina Simone (the first of the Sing The Truth shows). Earlier that year a gig at Wembley for The Princes Trust Concert, which was really a tribute to Trevor Horn. I played acoustic & electronic kits for The Buggles, Dollar, Grace Jones, Propoganda, T.A.T.U. The Art Of Noise, Lisa Stansfield & Seal + Yes, Frankie Goes To Hollywood & ABC on percussion with my friends Luis Jardim, Gary Kettel & Frank Riccoti. 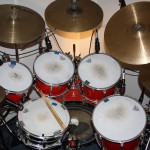 2005 All the above except Nina, a short UK tour with Poet Laureate Carol Ann Duffy with marvellous saxophonist Pete King. I am now also doing a few sessions from home. The start of Drummer Online (one of the first of only a few at this time) 🙂 This is where you come in! Just look through the site, that is what this is all about. Check out the Sound & Styles audio clips, it will give you an idea of what you might expect from a certain genre.

2006 I recorded a live album with The Pet Shop Boys, “Concrete” at The Mermaid Theatre, the first time I believe that they had used a real drummer & I had been specifically requested for after the boys had seen me on the “Slaves To The Rhythm“ concert at Wembley with Trevor Horn in 2004. This concert was again for Trevor Horn with The BBC Concert Orchestra & guests Robbie Williams & Rufus Wainwright amongst others. 2007 Various gigs too with Mose Allison, Sarah Moule, Colin Hodgkinson, Mick Hutton & Val Doonican. 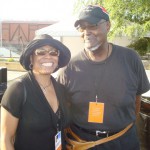 2008 Saw the 2nd gig for “Sing The Truth” at the Istanbul Jazz Festival, a show dedicated to the memory of Nina Simone (the first one being at Carnegie Hall during 2004). This show featured Dee Dee Bridgewater, Raul Midon, Stacey Kent & Bob Dorough amongst other artists. Back in London The Lion King & Chicago in London’s West End also continued, along with Joseph, Evita, Anything Goes & Sweet Charity. Drummer Online sessions continued to be good (listen to the show reels), the occasional outside session & gigs continued. 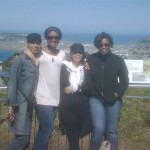 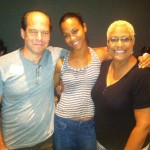 2009 Through to 2011 I did 3 tours around the world with “Sing The Truth” this time featuring Dianne Reeves, Liz Wright, Angelique Kidjo, Patti Austin & Simone. London, Hong Kong, Sydney, Montreux, Wellington, Atlanta, Athens etc. Also a couple of “Buggles” gigs. A trip to LA during August of 2012 Where I recorded at Capitol Studios for the forthcoming film with Zoe Saldana as Nina Simone, I also re-recorded the latest arrangement of the Coronation Street theme tune (Drummer Online session). 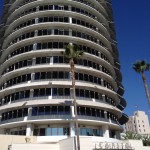 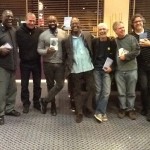 2013 I‘m still doing The Lion King as a dep & “A Chorus Line” too at the London Palladium. Gigs with Rob Koral & Zoe Schwarz, Mick Hutton & Back Door Too (Colin Hodgkinson). Simone at Ronnie Scotts Club and just recently The Kuala Lumpur Jazz Festival also with Simone plus a one month UK tour with Eric Bibb. 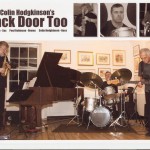 2014 I was asked to perform at The Fairfield Halls Croydon with The Super C Big Band in a Memorial Concert for the legendary trumpet player Derek Watkins featuring some of the UKs finest players, where I also got to meet and perform with another trumpet legend Chuck Findley. A few gigs in Europe and some recording with Eric Bibb (this was one) plus a couple of Back Door Too gigs. The Lion King continues alongside the Sarah Moule group, Drummer Online sessions and various other blues/rock and jazz gigs with Blue Commotion providing the most live work. 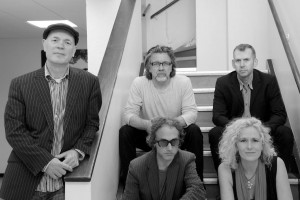 2017 The Lion King continues as does Blue Commotion, a few gigs booked later this year with Eric Bibb, & Gill Manly has a couple of gigs booked in with her tribute to my old boss Nina Simone. Plus of course a few tracks coming in for DOL. Also playing with the excellent Liane Carroll @ The Wilderness Festival in another Nina Simone tribute evening, and a couple of gigs with a fine band called Jonis Soul performing the music of the wonderful Joni Mitchell.

2018 The Lion King continues, a new album with Blue Commotion and various gigs both for them and with various different groups. A tour with Eric Bibb is booked in from the 6th April – 6th May & of course a few DOL sessions continue to come in.

2019 The Lion King continues, another new album with Blue Commotion. Lots of touring this year with Eric Bibb. France, Spain, Germany, Sweden (Europe etc etc). A wonderful tour of Australia and The Joe Bonnamassa Blues Cruise plus Ronnie Scotts Club all with Eric and the band. Also some DOL work and various other gigs of course. Some great memories for 2019.

2020 Thank you Lion King as it STILL continues 😐  First gig of the year coming up with Eric Bibb in January in France and a couple of gigs with Blue Commotion,  Friday March 13th is my last gig of the year so far due to Covid 19. TBC.

2021 So, 2021 continues as 2020 finished. Still no work due to Covid 19. I hope I will be able to add something interesting here before this year is out. Stay well people. 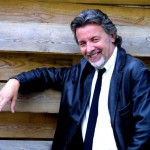 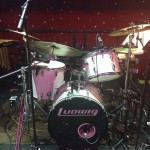 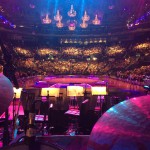